Video recruitment: worth the hype? 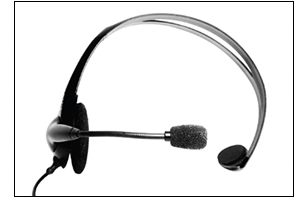 Once the territory of either the extremely brave or extremely foolish jobseeker, video recruitment has become more mainstream in recent months, with some recruiters actively encouraging video CVs or employing video for interviews. However, this format brings with it even more risks than traditional applications, so jobseekers should be careful to take it just as seriously as any other part of the recruitment process. But is video recruitment really worth the hype?

Most jobseekers will be aware of the dangers of trying to submit a ‘clever’ or ‘interesting’ application. The internet is littered with examples of people who have tried to submit edible CVs, pop-up CVs, songs, cartoons, poems and even video games. Although these might seem fun, eye-catching ways to present an application, in the cold light of day a regular Word document and email covering letter have always won out as the safe bet. However, the popularity of using video in applications has risen in recent times and like any other part of the recruitment process it has its pros and cons for both jobseekers and employees.

There are advantages for candidates to using video in their application; although a video CV is in no way common even now, it can be a powerful way to sell oneself. Video CVs favour the confident, charming and charismatic or those with presentation skills so those who are naturally talented in these areas and are finding it hard to get noticed may find it worth creating a video CV. However, this should always be backed up by a traditional paper CV or a Word document attached to an email.

For recruiters, video CVs are more problematic. The advantages might include being able to gauge an applicant’s potential fit for the company culture but the disadvantages include the fact that reviewing multiple video CVs is time consuming. There is also the worry that it could open the door for potential discrimination cases against the company; there hasn’t been a test case brought to court yet, but no-one wants to be that case.
For these and more reasons, recruiters tend to prefer using video technology at the interview stage. However, a study by career publisher Vault Inc. recently showed that 89% of employers revealed that they would watch a video CV if it was emailed to them, indicating the general level of receptivity towards video CVs.

Although the jury may be out on video CVs from both an applicant and an employer’s point of view, the attitude towards the use of live video links such as Skype at interview stage seems decisively more positive.

As Peter Burgess, MD of consultancy Retail Human Resources, says:  “Although not as effective as a face-to-face interview, the advantages to using video interviews as a first stage in the process are enormous.

“It means you can cast the net wider, include people form further afield who may not have the time or inclination to travel a long distance for what might be a speculative interview.  Recruitment, is, or should be, about casting the net widely.  The best of 100 potential candidates will always be better than the best of 50. The key is to ensure that the interviewers are trained to interview in this way and that the equipment and connection is as good as it can be.  Of course the latter will depend on the interviewee having the right capacity with their connection too.”

For candidates, a video interview can hold advantages over a face-to-face meeting; chances are they will be in a location where they feel comfortable and more in control, which may reduce nerves and lead to a better quality in their answers to questions. However, because of the nature of video communication, it is easier to treat it less formally than a traditional face-to-face interview.

Who knows what the next “big thing” in recruitment will be, but in a world that is increasingly being led by social media, sharing and telecommunications it seems that advances in these fields will no doubt transfer to the world of recruitment. However, like telephone applications, they will have to prove their worth if they are to gain a place in the process of finding the best candidate for the job.