Revealed: The truth behind pay and benefits 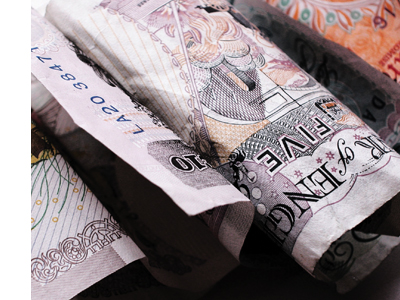 In the last edition of The Retail Appointment we revealed that we have been surveying the UK retail sector to deduce exactly what the workforce would like to see their employers spend per head on benefits. We concluded by revealing that we would also discover what percentage of the UK retail sector enjoyed the pleasure of having a pay rise over the course of the past 12 months. Well, the results are in.

Previously, by way of a teaser, we published some interesting trends from the first 300 respondents in our survey of what really attracts them in terms of employment benefits.

If your employer was to spend £2k per head of benefits, how would you prefer it was spent?

For instance, three days’ extra holiday per year was the most popular choice, but only just. With 20% citing this as the preferred option, this was closely followed, perhaps surprisingly, by 19% claiming that they would prefer their employer to invest a further 2% into their pension fund. This had clear distance between gym membership (7%) and staff entertainment (2%).

Now with 1,000 survey respondents, you could perhaps be forgiven for expecting investment into an individual’s pension fund to drop off and be overhauled by, what some would label, more ‘glamourous’ employment benefits. Not so.

Of the 1,000 survey respondents, 16% said they would prefer an additional three days’ holiday and 16% also said they would like their employer to invest a further 2% into their pension fund — the two most popular choices.
Just behind, in third place, was private health care for an employee and their family at 15%. Company shares received 11% of the vote and, at the other end of the scale, the least popular choices were childcare vouchers (3%), staff entertainment and trips away (4%) and a year’s gym and spa membership (6%).

With 38% of respondents aged 26-35 and 35% aged 36-50, it is very clear that Generation Y is thinking ahead and perhaps doing enough now to plan for a safe and secure retirement.
By educating and offering solutions, such as paying into a pension via payroll, employers can help their workforce become more financially savvy. The key, though, is not offering what other companies are, rather what an employer’s own staff desire.

Have you had a pay rise in the last year?

Now, onto the issue of pay rises — this was almost split down the middle. When asked ‘have you had a pay rise in the past 12 months?’ 51% said they hadn’t and 49% said they had.

Sadly, it perhaps doesn’t come as a great surprise that over half of the UK retail sector workforce hasn’t had the pleasure of a pay rise throughout the past year.

Under-pressure supermarkets and high-street retailers already face paying out billions of pounds in extra wages and tax over the next five years following George Osborne’s introduction of the new national living wage and the revelation of a sharp rise in business rates.

How will this impact you?

With the retail and hospitality sectors accounting for two-thirds of workers on the minimum wage, it is vital that this higher living wage does not result in leaving thousands of workers stuck for years on the lowest possible pay.
The Regulatory Policy Committee, which advises government, has already estimated the change will cost companies £804.4m in extra wages and staff costs so there is, sadly, hardly any surprise that less people are experiencing pay rises.

If we ask the same question next year, I fully expect the gap between those who have had a pay rise in 2016 and those who haven’t to have grown significantly.

The big unknown now is what the introduction of the new higher minimum wage will do to the hiring plans of those working in the retail, hospitality and fashion sectors, which employ a high proportion of lower-skilled workers.

At the most popular option, 16% would prefer three extra days’ holiday

Only 4% wanted the money spent on staff entertainment and trips

51% of respondents haven’t had a payrise in 12 months

With the retail and hospitality sectors accounting for two-thirds of workers on the minimum wage, it is vital that this higher minimum wage does not result in leaving thousands of workers stuck for years on the lowest possible pay. The Regulatory Policy Committee has already estimated the change will cost companies £804.4m in extra wages and staff costs so there is, sadly, hardly any surprise that less people are experiencing pay rises.