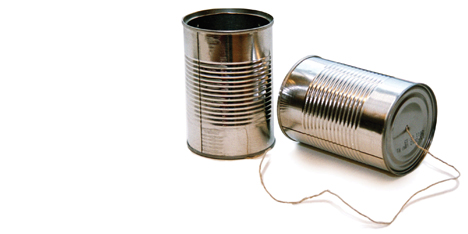 A survey of 1,000 people actively seeking a new job, commissioned by Laudale, a specialist recruitment and interim consulting business, has found that on a national scale less than a quarter (19%) of candidates would like to be contacted by recruiters via LinkedIn. Similarly, 19% of candidates also said they would prefer to be approached by text.

The most popular choice was email, and by some distance. 80% said this was how they prefer to be contacted by recruiters. A good old phone call was the second most popular on 38%, dispelling the myth that LinkedIn has completely changed the recruitment landscape. However, with many recruiters relying on a firm LinkedIn communications strategy to contact job seekers, these statistics should be concerning — for them at least.

In terms of demographic variations, email remained the preferred choice across the board. However, almost a quarter (24%) of those aged 35-44 said they would like recruiters to contact them via text. In comparison that figure drops, perhaps unsurprisingly, to 14% for those aged 55 and over and 17% for those aged 25-34.

However, it is again the lack of favouritism towards LinkedIn which stands out; 24% of those aged 25-34 said the social media platform was how they wished to be contacted by recruiters — the highest figure amongst the age groups. To that end, it was email once again coming out the clear winner.

These figures clearly demonstrate that today’s recruiters must not discount the value of email and ensure that they are highly skilled in writing effective content when approaching candidates. Tailored messages need to be sent to the right people and also at the right time. When drafting the email a recruiter must be of the mindset ‘what is going to elicit a response?’ Recruiters should approach email like targeted advertising. It helps to build your brand and reputation. The content should portray who you are as well as your brand values.

The distinct lack of preference towards LinkedIn continued when it came to gender. The Laudale survey found that again, email was the method in which candidates wished to be contacted; 81% of females and 77% of males cited this as the case. However, faced with multiple choices, just 18% of females and 20% of males said they would prefer recruiters to contact them via LinkedIn.

When it came to regional variations, the statistics also differed greatly. Almost half of respondents in the Northeast (48%) and Wales (49%) said they preferred to be contacted by telephone. In comparison, just 27% in London said this was their preferred communication channel — the most favourable option in the capital, perhaps somewhat unsurprisingly, was LinkedIn at 34%.

Whilst a third of Londoners stated that they would prefer recruiters to contact them via LinkedIn, the same cannot be said, however, for other regions across the UK; notably those in the Northwest where just 12% said LinkedIn was the way they wished recruiters would contact them.

Other regions that scored lowly were Scotland (14%); Southwest (16%); and both Wales and Yorkshire and the Humber on 16%. However, it was email again which led the way across the board.

What does it mean?

We have seen endless headlines about how LinkedIn has changed the recruitment landscape, particularly with tools such as LinkedIn Recruiter. Some have even tagged this as ‘the next generation of recruiter’. However, it seems people have been so focused on what’s best for the recruiter that no one has considered the all-important candidates’ needs and wants.

As a recruiter, no matter what the communication channel is, you have to sell both the role you are advertising and your brand values. From clear job descriptions to accessible company information and contact details, attracting the best candidates starts with the basics. Whether this is via LinkedIn, telephone, or email, you need to get the basics right.

The candidate is still key

Understanding what the candidate wants is invaluable information to a recruiter. The 2015 Job Search Methods Survey carried out in September 2015 found that many are open to new job opportunities.

More than 20% of respondents are employed but actively looking for another position, the report found, and nearly one-third are “passive job seekers,” who are open to learning about new opportunities even though they are currently employed. Although this figure seems low, 20% of the 20 million-plus UK users of LinkedIn is around 4 million.

However, with email clearly running away with the title of ‘Recruitment Channel of the Year 2016’, it is therefore vital that recruiters understand how to get a response and interest through a simple email.

Not everyone is receptive to random emails from strangers about open job opportunities. Some professionals may just get a high volume of such solicitations and others are often just too busy to even read through a long email from a recruiter.

With that said, following simple steps such as making the subject header catchy, understanding what motivates the candidate or highlighting any professional and personal connections, will go a long way to ensuring that email doesn’t just get opened, but also garners the response you need.