The art of team building 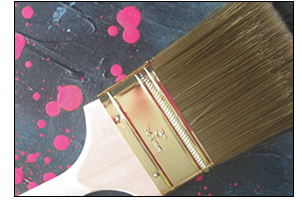 Despite having gained a dubious reputation as the ‘90s corporate buzzword, team building at its best can be constructive, enlightening and even, dare we say it, fun. We take a look at Action Painting, which works with companies to combine the best of creative team building ideas with the solid foundations of management theory.

Team building has come a long way since the days of unhappy employees cowering in the corners of rain-sodden paintball fields whilst their boss leaps from cover with a primal glint in the eye and a misplaced conviction that everybody is having a marvellous time. Modern teams require modern training and development methods to get the best results and Action Painting, a mother-daughter firm based in Paris and the Southeast of England, strives to incorporate both elements.

In 2009, analysis of data from 103 studies conducted between 1950 and 2007 provided the strongest evidence to date that team building can have a measurable positive effect on a team’s performance. Following the exercises, teams were found to have stronger goal setting skills and clearer ideas of each member’s role. The study also found a strong positive impact on a group’s interpersonal relations and problem solving, although only if the team building activity was not related to the team’s work activities.

Taking workers out of the workplace at Action Painting’s workshops, participants create individual works of art through expressive painting, all of which are then combined into one group ‘masterpiece’ and then presented and discussed with the team in a debrief at a ‘gallery opening’.

The process is designed to allow team members to stretch their creativity both individually and as a team, working towards a common goal in a relaxed and informal environment.

From facilitating mergers to bringing disparate teams and departments together, Action Painting has helped many companies to manage change through improved communication, creativity and an enhanced sense of connection

Responsible for Action Painting in the UK, Animateur Amélie Collyer says: “Action Painting uses the similarity between artistic creation and management as a foundation and then creates enjoyable and  dynamic workshops, which enable participants to understand and embrace a management style that favours rapid adaptability to change.

“By making the participants approach collaboration in an unfamiliar way, Action Painting breaks down established patterns and routines and facilitates a more intuitive and systemic response to problem solving.”

The team at Action Painting recently came into the Retail Human Resources offices to conduct a series of workshops for all levels of management and the results were extremely positive.

“At first, I was a bit nervous and didn’t know what to expect, but it was linked so well to the more conventional training we’d done in the past, it was easy to get into the swing of things,” customer support manager Natasha Kitsis said.

Director of learning and development Adam Tomkinson added: “It made the team really think about how they viewed the communication and leadership paths of the group, and because the painting itself was so abstract, they didn’t feel like they were being judged on how good at art they were, taking the pressure off!”