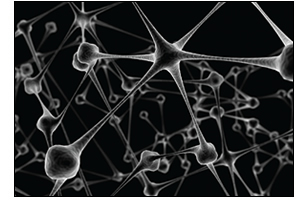 The very term psychometric testing has an intimidating ring to it. No-one enjoys tests and when your future career might depend on your answers they can be a daunting prospect. What people tend to worry about most is simply not knowing what to expect, so here are our tips for dealing with this sometimes tricky element of the hiring process.

Although they sound scary, psychometric tests are very common in the recruitment process and, as long as you know what is expected of you, there is no reason that you can’t excel in them and impress your potential future employers.

‘Psychometric test’ is a catchall term for a variety of tests that are used in recruitment to assess a candidate’s suitability for the role. Psychometric tests cover numeracy skills, communication skills, reasoning skills, personality, comprehension and job-specific skills.

Generally these tests measure either personality or ability; and, it is important to understand the differences between the two types in order to prepare appropriately.

Ability tests measure specific skills, such as verbal and numerical reasoning, as well as abstract and spatial skills. They usually have a right or wrong answer and are often used to test the basic ability of the candidate to do the job. For example, if you apply for a position as a merchandiser, you would be expected to ace a numeracy test as a matter of course. These are some types of ability test:

• Verbal reasoning tests assess your ability to understand and interpret written information and test your critical reasoning skills. You will usually be presented with a passage of short text and will need to decide whether a statement written about the text is ‘true’, ‘false’ or whether it is impossible to determine either from the information given.

• Numerical tests, unsurprisingly, will test your knowledge of ratios, percentages, costs, trends and other analysis of figures. These are the ones many people worry about; maths tests are no-one’s idea of fun. Don’t panic though, as the difficulty of the test will reflect the job for which you’re applying.

• Spatial and abstract reasoning or diagrammatic tests measure your ability to reason logically and find patterns. You are likely
to be shown a series of diagrams and asked to identify the next logical image in the series or to imagine flat “cut out” diagrams as three-dimensional shapes to solve the problem.

• A sub-set of ability tests, aptitude or competency tests involve the assessment of vocational or job-based abilities which are more directly related to actual workplace situations.

Although these sound ominous, there are no such things as wrong answers on a personality test, so you really have nothing to fear from them. Through the test the employer will be looking at your key personality traits, motivations and likely workplace behaviours. They want to establish whether what makes you tick is a good match for their needs and the working environment.

The main thing to bear in mind here is just to be honest, don’t try to second-guess the traits for which they’re looking.

When preparing for any psychometric test, ascertain what sorts of tests you are likely to be facing. Ask the person who invited you to interview what tests they plan to set and see if they have any practice sheets they can send you.

You can also look up free practice tests specific to your level of management at The Institute of Psychometric Coaching which specialises in preparing jobseekers for psychometric tests. It’s well worth tracking some down in all the categories you need, so you know what to expect from the format and style of the questions.

When it comes to the test itself, listen carefully to the instructions. If you’re not sure about anything, make sure you ask – this isn’t the time to worry about being embarrassed. Check how many questions you’ve got to complete and how long you have to do them so you can plan your time appropriately.

Most importantly, don’t panic. Tests are not the be-all and end-all, just a part of the process and you’re much more likely to do well if you have a clear head than if you are in a panic.