In Depth: How to cope with redundancy 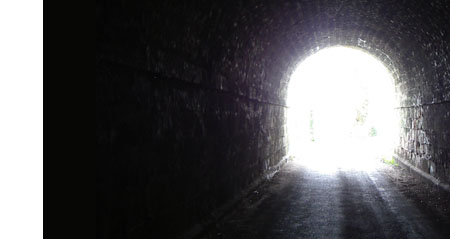 Redundancy can be a scary word no matter which stage you are in your career, but the important this is to keep a clear head and concentrate on the future. A bit of research into your rights and your employer’s responsibilities can really pay off at this stressful time and leave you feeling a little more in control of the situation.

So, you’ve been made redundant. You now have no idea where you career is heading; your confidence has taken a severe hit. However, all is not lost.

The first thing to get out of the way is that it’s not ‘you’ that’s been made redundant, your role has been made redundant. This won’t be a personal decision and it doesn't reflect your competency at your job, so don’t let that deter you from finding a new position and excelling at it.

Your employer will be legally obliged to adhere to certain procedures when it comes to making redundancies. This includes ensuring the process is as fair and objective as possible. If you are being made redundant then you should also receive an explanation in writing and that the job losses are not just a smokescreen for your employer to dismiss certain individuals.

If the company doesn’t follow proper procedures, then you should explore your right to sue them for unfair dismissal — you could, in fact, be in line to receive up to 90 days’ pay in compensation.

If you are facing redundancy within a particularly large organisation and there are 20 or more individuals facing the boot, then your employer must consult your union or an employee representative before staff are given notice. You should also be consulted individually by your employer; if this does not happen, then again you have grounds for unfair dismissal.

It may seem hard not to, but try not to burn your bridges with your former employer. Not only is this crucial for your own general well-being as you head off to look for another job, but if you keep a positive relationship with them they could potentially do wonders for your career further down the line. Connections are everything in the business world.

Leaving on a good note also means it shouldn’t feel too awkward asking your former employer for a referral for the job hunting phase. Be proactive and don’t be shy asking them for references and recommendations.
Tap into all of your contacts and networks to improve your chances of finding a new position. Update your CV and refresh your interview techniques. Do not necessarily take the first job offer that comes along unless you are sure it is the best option.

When it comes to discussing your former employer, remember to speak fondly and positively about them. Don’t criticise them during an interview for a new job. Nothing leaves a bad taste in an interviewer's mouth as much as a potential job candidate trashing the name of their old boss. They may see you as a potential bad influence on their current team and also, what’s to say you won’t say the same about them?

Frame what happened with your redundancy in a positive light during interviews, along the lines of ‘if the redundancy didn’t happen then I wouldn’t have been given this great opportunity to interview for this role’.

If you are concerned about your redundancy terms you should check your employment contract and staff handbook and consult your staff association or union.

If you are made redundant with a smaller payout than expected, you can claim breach of contract at an employment tribunal. Alternatively, you can take civil action against your former employer for breach of contract through the County or High Court if you want to.

Some people with long careers at just one company may leave with handsome payoffs, but many will not. Careful planning to make your money stretch as far as possible is never more important than when you are facing the prospect of unemployment.

What about your company pension?

Don’t forget any pension you may have through your previous employer. If you are in a group personal plan, you can usually take it with you. If it is a company-run final salary or money purchase scheme, the money can remain in the pension until you draw it.