What (really) not to do in interviews 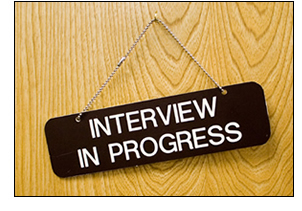 There are many obvious things you shouldn’t do when it comes to interviews. Wearing shabby clothes or being late, for example, are things that every jobseeker should know will hamper their chances. But we wanted to find out the biggest interview no-nos from people who interview candidates all day every day and have seen it all. So we asked consultants from Retail Human Resources and the results may surprise you…

There is plenty of advice out there regarding what to do and what not to do in interviews. Although some of this is useful, the vast majority is very generic; don’t be late, wear smart clothes, don’t swear etc. But what do the professional recruiters say? We conducted a poll of recruitment consultants asking them the biggest mistake a candidate could make in an interview.

The number one key to a successful job interview…

By far and away, most of the recruiters we spoke to said that not knowing enough about the company and/or the job was guaranteed to put the biggest black mark against a jobseeker’s name. This included getting the company name wrong at interview or having no answer to the question “why do you want to work here?”

Simple preparation is the way to overcome this – make sure that you’ve visited one of the company’s stores prior to the interview, visit their website, study their competitors and look at their financial data. Make sure you know the company’s ethos and culture as well as any recent news stories in the trade or national press, especially any takeover bids that might be in process. It pays to know who might be signing your pay check, after all.

Be ready to comment on any recent successes the company has enjoyed and if you can wear something the company produces (where appropriate, clearly) that will be a big plus.

(Although be realistic with timescales and don’t say you expect to move to the next level in the next three months for example).

Whatever you do, don’t…

Interviews can be very stressful and this can come out in ways you wouldn’t necessarily expect. A lot of the recruiters we spoke to had encountered candidates who broke into tears during the interview, which is embarrassing for both parties to say the least!

In such an intense situation, with a lot riding on your performance it is natural to feel nervous but when this spills over into tears, shaking or stomach upsets (another true story slightly too graphic to relate here) it is seriously going to hamper your chances.

The solution? It sounds glib, but do try not to get yourself into a state where you’re likely to over boil emotionally. A lot of this comes down to preparation again – if you feel prepared you’re less likely to panic when it comes to the big day. If you think you might get overly worked-up about certain topics, like issues with your previous workplace etc. then try roleplaying an interview situation with friends and rehearsing what you’re going to say beforehand.

On the day itself, don’t put yourself under any needless pressures; have an early night, make sure your interview outfit is clean and ready to go and make sure you arrive early at the venue.

This one was a really hot issue with the recruiters we spoke to…candidates who bad-mouth their former or current employer. A lot of people seem to think the question “why are you looking to leave you current employer” as an opportunity to vent all the pent-up frustrations about their job.

First of all, you’re not going to look good to the person interviewing you, no matter how justified you believe your grievances to be. Secondly, as one recruiter put it: “If you are claiming that your previous company was really all that bad then it invalidates any experience you are claiming to have built up there”.

When speaking about your previous employer you should always remain professional, gritting your teeth if necessary, and keep the tone of the interview as positive as possible. Anyone who uses the interview as a chance to bitch about their former company or colleagues is immediately producing a big red flag in the mind of the interviewer.

“Some candidates make fairly basic mistakes when going for an interview, like getting the company name wrong. Examples I’ve come across are mixing up BA and BAA, talking about how much they want to work with Ted Baker when they mean French Connection or interviewing for White Stuff and calling them The White Company!”

“One thing that we seem to come across regularly is people getting overly emotional in interviews. It isn’t unusual for people to go so far as bursting into tears in interviews!”

“When I was recruitment manager at Coffee Republic a candidate talked to me for 20 minutes about the great service he'd had at the store on Goodge St.  We didn't have a store there at the time but Starbucks did...”

“I had a candidate who, when asked to describe himself in one word, answered ‘like batman’.”

The worst answer I’ve heard as to why they wanted to work for the company was ‘I just need to pay my mortgage’.”

“My worst experience was the guy that took gum out of his mouth and stuck it under my desk at the beginning of the interview.”

“One candidate said to me: ‘Do you know how long this is going to take – only I'm off out later for an interview and it's a role that I really want’!”

“My candidate referred to herself as a princess and seemed to think that was a plus...”

“Some people get more and more confident as the hiring process goes on and start to move their salary expectations up. I knew someone whose salary demands at the end of the process became so outrageous that when it came to a decision between her and another candidate with more realistic expectations you can probably guess who got the job…”