Asking for a pay rise 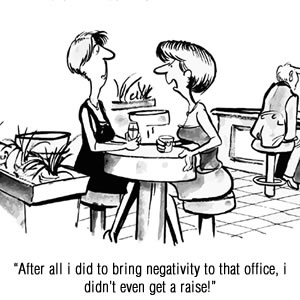 It can happen that an employer genuinely doesn’t realise that you are underpaid. Indeed, your boss may have forgotten what salary you are actually being paid. It’s a strange phenomenon but most of us hate to talk about money.

As they say in sales, if you don’t ask the question the answer is always no.

Sometimes though, asking for a rise can go horribly wrong, so you need to handle it properly.

Start with an honest assessment. Do you really deserve a pay rise? Of course we all want more money, but can you justify why you should be paid more?

We’ll look at these later but the next stage is to choose your moment. If your boss is having a really bad day, then it is probably a bad day to ask. Wait. If you’re having a really bad day, then you should wait. Try to find a time when both of you are feeling relaxed, or at least as relaxed as possible before making your approach. Don’t be too nervous, it is perfectly acceptable to ask for more money.

If you are already in a meeting with your boss, then it might be fine to bring it up then, especially if the meeting is going well. Get to the point. Start the conversation with “I want to talk to you about my salary.”

If you’re feeling a bit shy, don’t worry. A degree of coyness will show that you are not being threatening. You should be deferential, but don’t over do it. Give your reasons. Make sure your facts are correct and verifiable. For example, you could look up various job adverts or research into average salaries in your area. If you’re quoting someone else’s salary in the organisation, be careful. Are you sure? How did you come by this information? Will you be doing damage to a friend or colleague by revealing that you know their salary? Apart from the fact that it is wrong to your friend, it looks bad if you have found out something that you shouldn’t have.

Try to focus on the positives.

What you have achieved. What you are going to achieve. You must have a legitimate reason. Being with an employer for a long time doesn’t necessarily mean you should get paid more. Well run organisations pay on merit, not longevity. And just saying you want it, is stating the obvious and makes you look petulant.

Be very careful not to sound threatening, and especially never make and explicit threat. None of us likes to be threatened, and if you confront your boss with, “Give me more money or I will leave” a) you had better be prepared to carry out your threat and, b) even if your threat gets the right response, your “card will be marked”.

My advice to people who are counter-offered when they resign to join another organisation is that it almost never works out well. Once you have indicated that you are leaving or, in this case, you are thinking of leaving, your star will no longer be in the ascendant. In fact, you should go out of your way to say that you are not thinking of leaving and that you are happy in your job. You may try a bit of flattery on your boss by saying, “I feel I can talk to you about this.” Or, “I know that you will be fair with me.”

If you don’t have success the first time of asking, stay positive. You have sown the seed that you want more money, and if your rebuffal at the first attempt results in you remaining positive, all to the good. Sulking will most certainly damage your case.

Finally, if you are disgruntled about your salary or your boss’s refusal to do anything about it, discuss it only with those who can sort it out. Don’t go whinging to your colleagues, as it almost always gets back and is very likely to damage your chances of pay rises or promotions in the future.