Networking and your career 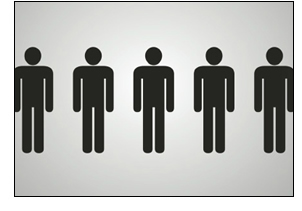 Sometimes it isn’t enough to simply submit a CV and hope for the best. Many great jobs don’t ever become public but instead go to existing employees, friends of the recruiter and other people who are higher up the pecking order than you, without you ever knowing about it. So if you want to know about what job opportunities are available before they hit the job boards, you’ll need to learn the dark art of networking.

There are some people to whom networking comes naturally, but many either don’t enjoy putting themselves out there, or simply don’t know where to start. Although there is no magic formula for transforming someone who is naturally reserved into a social butterfly with a black book full of contacts, there are ways to make the process a little less painful.

Networking is, at its simplest, getting to know people. It is the process of building a group of contacts who can, or could, help you with your job search or career progression. There are many benefits to building your network, from getting to hear about a great job that hasn’t been made public yet, to gaining advice on workplace issues or even just finding out industry news and gossip.

However, don’t expect to land a terrific job as soon as you start consciously making connections. Building a professional network is a slow burning process that will benefit from investment, not about someone immediately offering you a new job out of thin air like some sort of careers advice fairy godmother.

Not a natural networker?

Even if you’re naturally the kind of sociable person who makes friends easily, it doesn’t necessarily follow that you’re a natural networker, although it does mean that you’re on the way to becoming one.

However, don’t despair if you’re not inherently great at engaging with strangers; there are still ways to build your professional network without too much stress.

If you’re nervous, reluctant or don’t know where to begin, start close to home. Chances are you’ll have various friends, colleagues or ex-colleagues who are still in the industry and who in turn will have more contacts to whom they can introduce you. Take an old friend or colleague out for a drink and have a chat about work stuff; that way you’ll kill two birds with one stone.

It’s also worth remembering that your network doesn’t need to be big, just relevant to you. If you invest more time in a smaller group, you’re more likely to be successful than trying to spread yourself too thinly.

Online is the most obvious place to start your network, but don’t just trawl through LinkedIn, Twitter or Facebook pestering the industry movers and shakers and asking them for a job.

Networking is about investment, so you’ll need to build a dialogue with people and show an interest in what they have to say. If you’ve read a particularly interesting article, for example, then get in touch with the author and ask if you could discuss it further with them. People appreciate keenness, so often if you show how passionate you are they’ll be more likely to talk with you either via email, over the phone or face-to-face.

Once you’ve invested some time in your existing network of friends and colleagues, it’s time to start building new contacts in the real world. One way to do this is to find out about events in the industry and sector in which you work and spend some time attending them. Trade shows, networking events, parties, launches or conferences are great places to meet other people in the industry in a work-based setting with various degrees of formality.

Don’t go into a situation selling yourself or your company. People in this situation will automatically tend to clam up in the face of a hard sell which they're not expecting. However, you should have a short, easy description of your company/role in your own mind and go in with a strong idea of what you want to achieve from the relationships you build.

It works both ways

The key to a good network is keeping in touch with people, building relationships and recognising opportunities when you see them. But remember that it’s a two-way process and don’t expect something for nothing. You should be aware of what you can offer other people and be prepared to share your expertise.