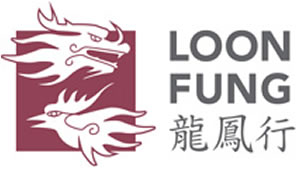 Loon Fung was established in central London over 40 years ago as one of the first Chinese supermarkets in the UK.  Since then Loon Fung has become one of the landmarks of London’s vibrant and bustling Chinatown.

In 1990, a site in Tottenham, North London, was developed into a warehouse and cash and carry offering oriental foods to public and trade customers.

In 1995, a new site was acquired in Alperton, West London where it built a modern cash and carry outlet designed to accommodate the growing interest in ethnic foods and to serve the growing oriental population in the surrounding area.

In August 2006, Loon Fung opened its new cash and carry in Silvertown, East London to supply oriental foods to the growing cosmopolitan population in the Docklands area and beyond.