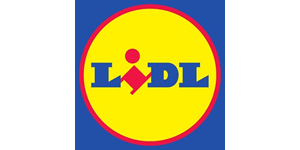 Lidl's history goes back to the 1930s, when the company was founded in Germany as a grocery wholesaler. Today, Lidl is one of the largest grocery retailers in Europe.

The first Lidl stores were opened in 1973 and by the 1980s Lidl was a household name throughout Germany. During the 1990s Lidl started to open stores outside Germany and today Lidl stores can be found in nearly every country in Europe. Lidl is now well established as a major European food retailer. Our extensive network of stores is unmatched in the discount sector.

Lidl takes pride in providing top quality products at the lowest possible prices to all our customers across Europe. Our stores are operated by a network of dedicated store staff, helping to establish and further develop the success of the company. Lidl will continue to play a major role in the exploration of new markets in Europe and beyond.
Since establishing ourselves in the UK in 1994, we have grown consistently and today have more than 600 stores, and there are plenty more to come...