How mobile are you?

It used to be a stock question when recruiting for retail managers, “How mobile are you?” Most of the leading and major chains had explicit clauses in their contracts requiring retail managers to agree to be willing to relocate to such parts of the UK as the employer deemed necessary. Indeed, my own career in retail took me from home in Bromley, south London to Canterbury, Southport, Brent Cross, Worcester, Winchester, Kingston and then Brent Cross again before I was sufficiently senior to resist further attempts to move me. Now relocation requirements are almost unheard of.

Our recent survey showed that the vast majority of retail managers will not move, nor accept a contract with mobility requirements in it. See the table below.

So what happened to change the landscape of employment contracts so dramatically in this industry?

Well, for a start there was the landmark court ruling Meade-Hill and Another v British Council in 1995 which effectively made such clauses discriminatory. In this case the claimant’s union applied for such a clause to be struck out of her contract even though the employer had not actually asked her to move. The claimant was successful after appeal, with the Court of Appeal ruling that mobility clauses were discriminatory to women given that it remains the case today that in most households the man is the largest earner. Therefore, it was discriminatory against women as they were less likely to be able to move.

This frightened many of the big retailers (for obvious reasons) and in doing so, put enormous pressure on smaller retailers to do likewise since the industry norm had changed. However, this is unlikely to be the only reason.

Younger people starting their careers in retail are now far more likely to be graduates and have a better range of choices that do not require the need to uproot from one end of the country to the other.

But this does cause problems for smaller retailers who may not have a large concentration of stores in one area. And, there is no solution to this problem. The employer needs to weigh up the need to have mobile applicants against the advantages of having a wider choice of candidates. This can be a touch call and almost certainly some form of compromise is needed. This is probably not the most difficult decision that retailers have to make, but certainly a headache for HR managers of multi-site employers. 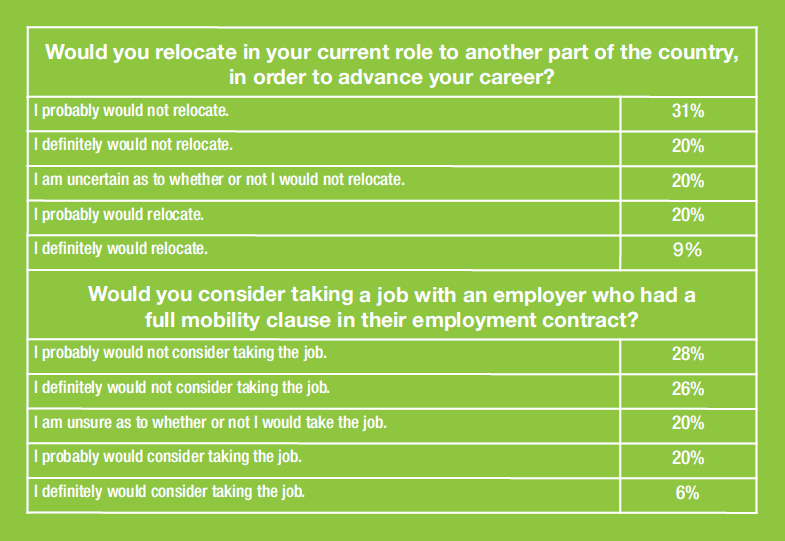