Gender pay gaps: do they exist in retail?

On Wednesday 4th January, the Guardian reported that a recent study showed the gender pay gap has narrowed for the under 29s to just 5%. If you are female, of course you will still be fairly upset about this, but it does mark a significant improvement on previous studies. Sadly, the gap as you get older becomes much wider.

We commissioned recruitment consultants RHR to do a study on what the position is within the retail industry. Retail has traditionally had a higher percentage of female employees, so RHR conducted a survey of over 1,000 retail managers and professionals to find out what their perceptions were.

The results are interesting in that they show overwhelmingly that men feel that in their own company there is pay equality for both genders. Slightly less so for the industry as a whole.

This suggests that there is a problem for employers, in that too many women really do feel that their salaries are lower than their male counterpart’s.

RHR then took a sample of 1,000 actual salaries of retail professionals on its books and looked at the actual salaries being paid — to see if the perceived discrepancies did actually exist. The results show that, in fact, women were paid slightly less than men on average, coming in at 5% less (across a full age spectrum). If these figures are correct, then retail is doing better than the national average, but the perception amongst its workforce is that it is doing substantially worse than the rest of the country.

Peter Burgess, director of RHR, comments that this is a problem for employers because whilst, in fact, they are doing relatively better than the rest, their female employees do not see it that way.

Burgess goes on to say: “This can be dealt with. Firstly, employers could consider open salary policies. Secret salary policies, where employees are forbidden to discuss their salaries, were made unenforceable by the Equalities Act 2010.

RHR has always had an open salary policy for its own staff. However, if employers don’t want to go this far, but really want to address this perception issue, they should commission their own research and publish the results.

I think it is unlikely that many retail employers are consciously discriminating against women; an industry which has traditionally always employed more women than men.

However, if women in the workforce as a whole are being paid less, as countless studies have shown, then organisations that pay only what they need to in order to attract an individual will inevitably end up paying women less, merely because they can. And, they probably don’t realise that they are, in fact, unlawfully discriminating.” 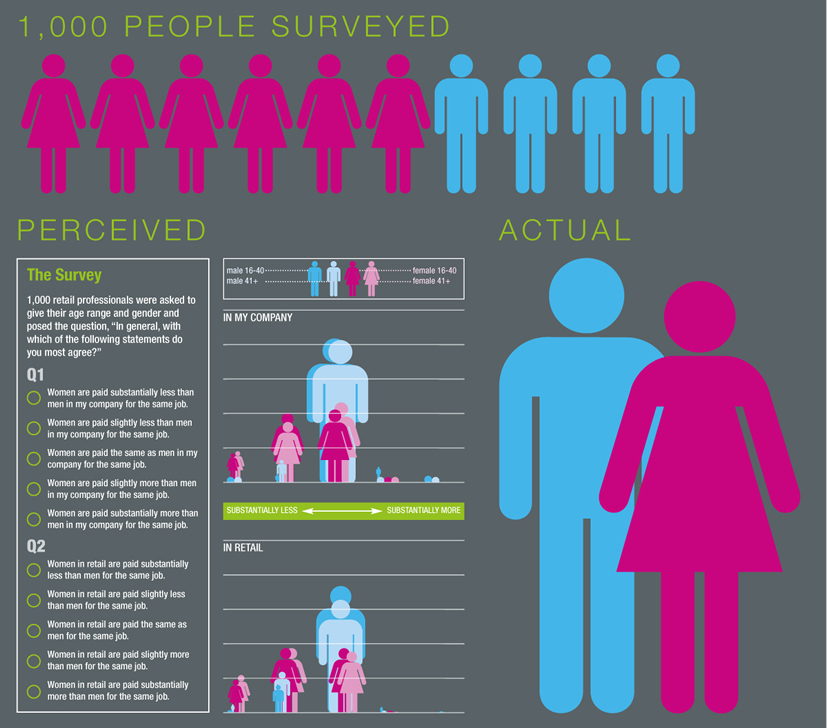